System & Software Updates: Why you shouldn’t be skipping them for later 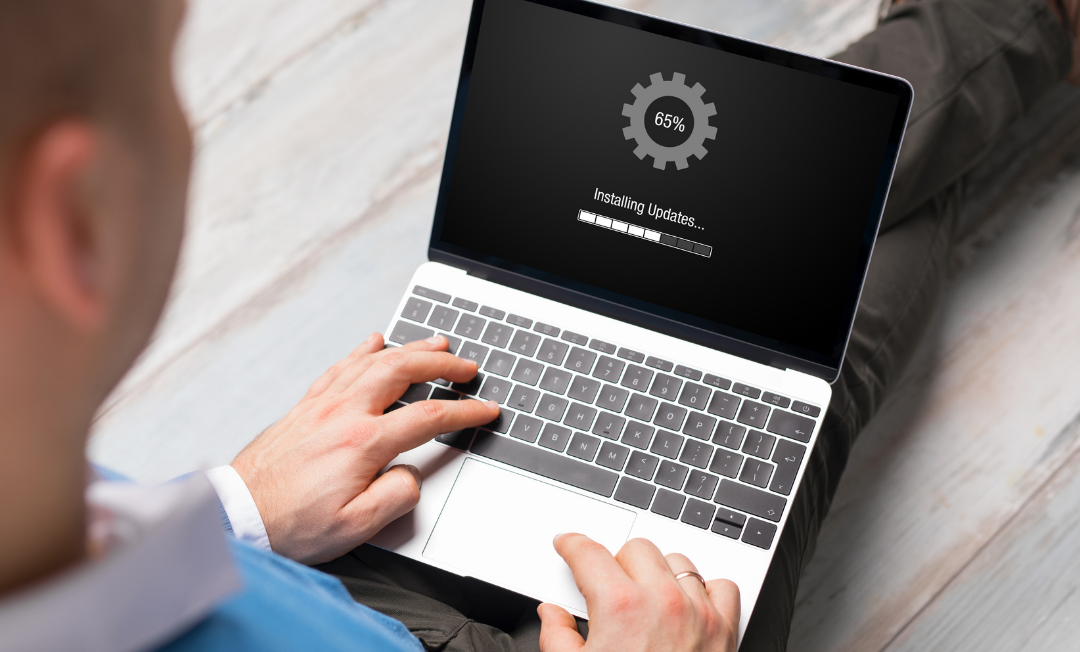 We all know how annoying it can be when you get a pop-up asking if you’d like to update something or—worse still—your system suddenly starts to update itself. Inevitably it happens when you’re on an important call or when you must reply to an urgent email. There is always a reason to put it off until the next time you log onto your device. But the next time is exactly when you put it off again and on the cycle goes.

You probably know that there’s a reason the systems you depend on are interrupting your day, but do you know what they are? And do you know why it’s actually critical to update your computer’s operating system in a timely manner? This doesn’t just go for your computer. The same applies to your mobile phones, iPads, and other tablets and devices. In fact, there are updates for various software programs and apps that should be installed too.

The bottom line is security. Apart from bringing you system updates and perhaps a cool new feature that saves you time, this is how manufacturers such as Microsoft, Apple, Adobe, Dell, HP, Lenovo, etc release security updates and patches almost every month, and sometimes, several times during a month.

Cybercriminals are constantly on the lookout to exploit any weakness that might gain them entry into your IT network or systems. Manufacturers, on the other hand, are critically invested in keeping them at bay so they maintain their market shares and keep turning out profits. So they have specialized teams that are constantly on the lookout for vulnerabilities. These teams work on developing security patches that plug these gaps, so your device/network remains safe and secure. Skipping system/software updates keep these gaps open, leaving a hole for attackers to slip through. This makes you vulnerable to cyberattacks and compromises safety of your data.

Apart from the security patches, there may also be bug-fixes and enhancements released as a part of the software/system update. Not installing bug-fixes and enhancements means your device won’t be performing at its optimal level and may crash or slow things down. It may also result in compatibility issues when it comes to other programs or applications. So as your business adds on new time-saving tools, adding those into your system may actually create slow-downs instead of speed-ups.

As a business managing many end users, it can be difficult to make sure that everyone is up to date with software updates, security patches, and upgrades. Having one user on an older version of an operating system might be fine for that user, but it can stop work in its tracks when that user needs to share or receive data from upgraded systems since incompatibilities are everywhere. Small businesses in particular struggle with tracking which user systems are on which version, when they were last updated, and keeping them on a schedule that keeps pace with the organization.

Aside from inhibiting the ability to work well with others, non-updated systems can simply lag or break on their own which causes the end user to stop what they’re doing and focus on their business tools, not the work that moves the company forward. They spin their wheels Googling for fixes when they don’t understand the issues. Or worse, they ask a friend or colleague who “knows a bit about computers” to poke around when the well-meaning helper knows little about the core systems. Even if the end user has access to an IT professional or a Help Desk, they waste time working on technology problems instead of selling, processing payments, or helping their own customers.

Manage the Headache without Causing Them for Your Users

Managed IT Service Providers like HDCav provide full system and hardware management which includes ensuring that all of your end user and company devices stay on a reasonable update schedule that you dictate. Because they have access to broad management solutions, they’re able to push out updates and upgrades automatically which removes the need for you to educate your users about how to do it themselves or manage their ability to do so. All of this works behind the scenes as part of the “magic” of working with a partner who’s first priority is your technology’s health.

If you’d like to learn more about how we handle company-wide system and technology health (particularly those aspects that our clients never have to deal with), just get in touch. We’re always ready to talk security.