Scott is our Information Technology Director and as you’ll see, he’s perfectly suited for this role. As a born “tinkerer” and problem-solver, Scott loves working through issues to find improvements for his peers and for local businesses. After entering a BASIC programming course when he was 9, he quickly found his way into the IT world and never looked back. He’s worked in Network Administration and IT Consulting, and as a Data Center Operations Manager for a mobile software company. Scott is the sole inventor and patent holder of the Fidget Spinner, as well as the inventor and builder of a speed jump rope that has been used to set multiple world records by competitive athletes. He enjoys spending his free time CNC Machining products that he designs and sells. He also loves getting out in the community and trying new restaurants. He lives in Suquamish WA with his two children, girlfriend, and four dogs: Sasha, Jack, Olli, and Lola. 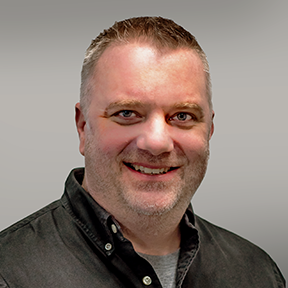