Rob was born in San Diego, CA . His father was in the military so that allowed Rob have the opportunity to go live in Japan when he was 3. Working with computers is something he started doing at a very young age. By the time he entered kindergarten he was already working with DOS Programs. While he was in Japan, he was able to enjoy the unique cultural experiences, such as attending a festival at a real Japanese castle and a trip to South Korea for the Olympics. Fun fact, he was in a Japanese commercial in 1988!

He and his family moved back to San Diego when he was 9 and he spent the rest of his early childhood there enjoying the sun, surfing, and off-roading in the desert. His dad taught him new computer skills and even introduced him to networking by involving him in the creation of their home’s LAN.

He moved to Washington in 2004. He worked many different occupations until 2013 when he realized that he could still go back to school, there’s no age limit! He began going to Olympic College for his Associates of Applied Science in Computer Information Systems, with a focus on networking and information security. He did so well that he decided to run with it and continued on to earn his Bachelors of Applied Science in Information Systems, graduating in 2017 and then he joined the Help Desk Cavalry family.

He spends his free time with his wonderful family, he enjoys playing PC games, playing the harmonica, karaoke, hiking with his dog, and reading. He tries to help the community when he has the opportunity with his busy life by making computers for Olympic College and helping their film club with projects.

Quote to live by:

I, not events, have the power to make me happy or unhappy today. I can choose which it shall be. Yesterday is dead, tomorrow hasn’t arrived yet. I have just one day, today, and I’m going to be happy in it. 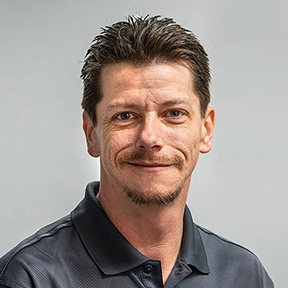